When the curtain finally closes on the month of June and the Scarador, the show can start anew. So forget about that flashy, creepy-crawly boss! It's time for a bit of magic and mystery... Ladies and gentlemen, put your hands together for the amazing and astounding Magik Hat! If you manage to beat it, a special title and a reward token will appear... 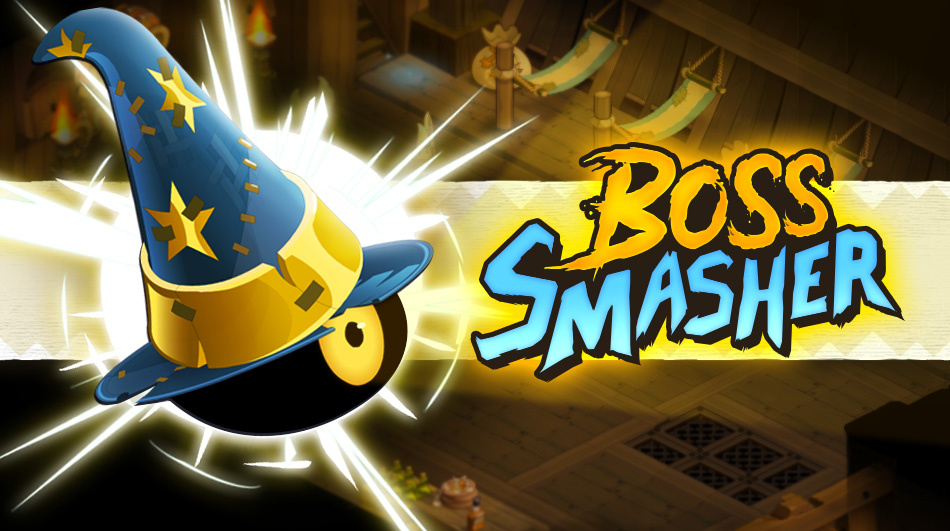 There's a new boss every month, each one very different from the last. While the June boss was worth his weight in gold, the July boss is a show business star. But despite their differences, they have two things in common: they both put on a dazzling show, and they both know how to really knock 'em dead!

You've still got a few hours left to stomp the Scarador and collect his rewards. After that... he's out of here!

Be wary of the July boss...

You'll have to watch him closely... without getting hypnotized. Make certain deductions... without being fooled by his diversions. Match him trick for trick... without falling for his tricks! The Magik Hat is a grand master of illusion, and if you beat him on the first try... We'll eat our hats!

From Monday, July 1 12:00 AM (server time) through Wednesday, July 31 11:59 PM (server time), head for the Brakmar Riktus Den and do your best to pull some rewards out of this Hat. The Magik Hat is an expert at making things disappear... But now it's your turn to make him vanish instead! If you manage to saw him in half, you'll win a title related to this boss and a token that you can use to buy rewards at the Machine. The success of this month's show depends on you!

Note: Stasis level 21 is required for this fight.