Shadofang didn't come to the World of Twelve alone… Since her disappearance, thousands of pets with questionable manners have been invading our streets like vermin! What if, instead of fleeing them, you adopted them? From now until October 8, the Minor Shushu pet is available in the Shop for 5,000 Ogrines! 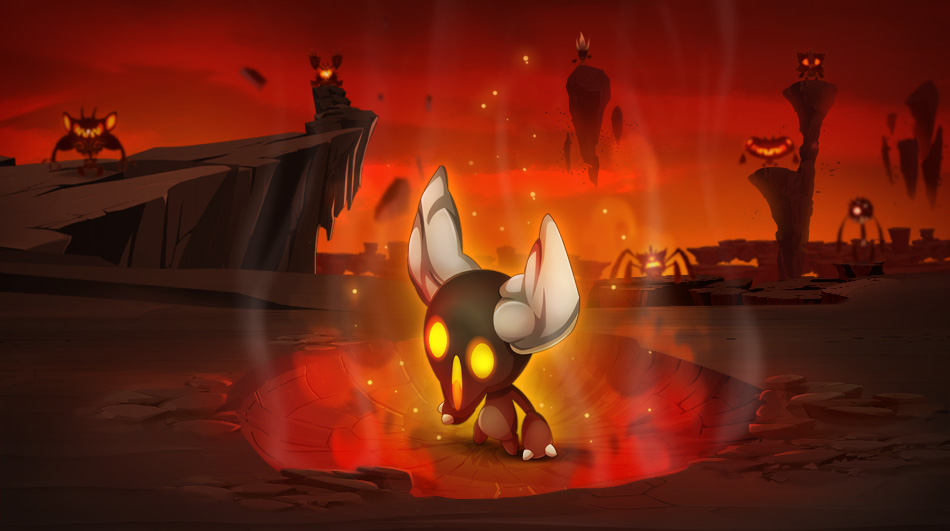 There's a saying everything that's small is cute. But that's probably not taking into account a whole new kind of pet that's making its way into the online store today: the Minor Shushu!

Have you always dreamed of impressing everyone around you by wandering the World of Twelve with the worst creatures the Krosmoz has ever produced by your side? Today, it's possible! For just a second, drop the adorable Kerubaby or the cute little Wodent, and reveal your inner evil warrior! Smaller, but just as terrifying as any of its kind from the Shustuft Crust, the Minor Shushu pet will dissuade anyone who would otherwise pick a fight with you. Its piercing, baleful eyes will also make you think twice before trying to stroke it… That's proof of how formidably effective it is!

On sale for 5,000 Ogrines in the online Shop until October 8, this pet will keep your enemies Shushut up!