Once used to keep an eye on hordes while keeping your feet all dainty, stilts are making a comeback this season for some high-flying running! Not quite convinced? Don't come crying when you've got to run from the enemy and they catch you in a matter of seconds on their stilts! They'll have made the most of this flash sale, that's all… 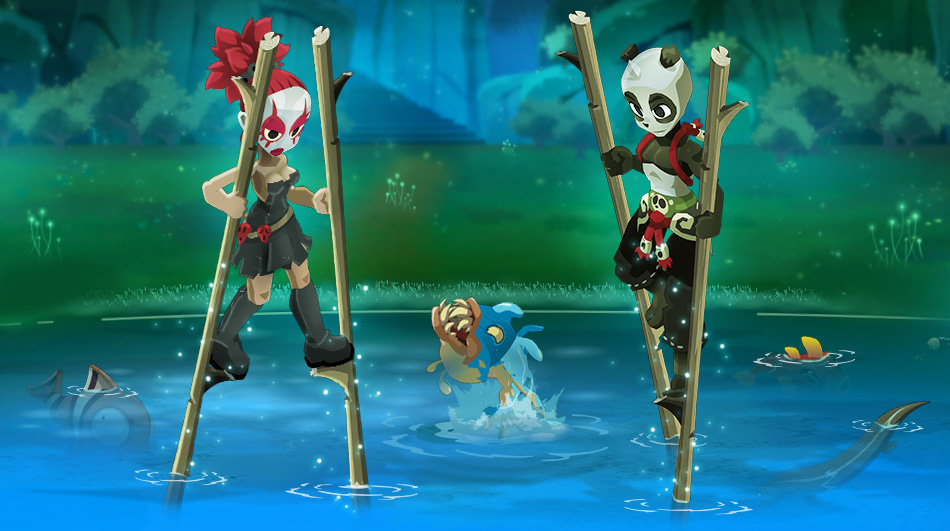 It's said stilts were invented in Pandalucia. They were mainly used by shepherds – perched high up on these wooden poles, they watched over their Gobballs as far as the eye could see. Their stilts also helped them avoid walking in the mud and water of the leech-infested swamps! Stilts turned out to be a good way of getting around fast in bad terrain, but soon enough, some shepherds continued using them outside of working hours.

Take my Grandpa Branfire – I remember how he spent his time atop his stilts. He wasn't happy if he wasn't up there! Anyway… I digress!

As the area was transformed, they fell into disuse. But people still brought them out again for village fairs so they could fool around. One thing led to another, one run was organized, and then another… Before anyone knew it, Pandalucia had its own national sport!

Now you've got the chance to try out this little-known practice for yourself – it'll make you happy, but no one really knows why…

The Stilt Run is in the Shop until Wednesday, March 4.