If you happen to come across a white Wodent yelling "Late, I'm late for a very important date," let it go! It's just trying to distract you from the Fleaster egg hunt. On the other hand, chasing others of its kind is fair game and you just might win big! There's even a new emote involved! 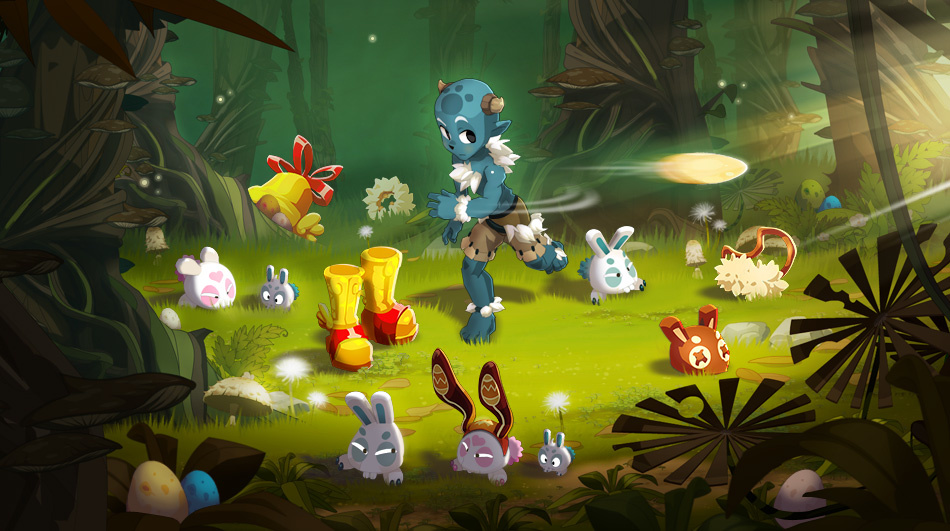 Always the same old thing, year after year! Eggs start raining from monsters, and you just have to bend over to collect them. Fleaster is also Wodent hunting season, which takes a bit more effort! But it's very profitable because you could win the following: 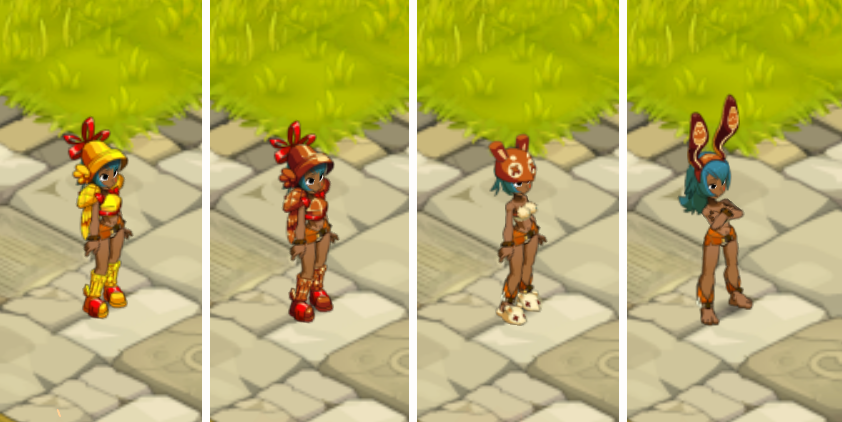 And that's not all! If you're the type to put all your eggs in the same basket, you'll love the "Egg Throw" emote, available as a rare drop in Etnop's Basket!To learn all about the Fleaster Wodents, go to Astrub between April 6 and before April 23 and find the Meridia Etnop!

Have you just won a Fleaster costume or have you had one for a while already? Either way, wear it proudly and show off your finery!

And, since Fleaster is the perfect time to fill up on chocolate, take your pick: White chocolate or dark chocolate, which one's for you?

Post a picture of your character wearing a Fleaster costume and let us know whether you preferwhite chocolate or dark chocolate (choose one), and try to win the Wodent costume or the Black Wabbit costume!

The two winners will be chosen by random drawing on Wednesday, April 23!