The recent study from NIKO (the Nosy Institute of Krosmic Opinion) has yielded some indisputable results. Their list of the World of Twelve's most coveted items is topped by those extraordinary eggs known as Dofus. But you already knew that, right? And running a very close second are…? Right again: dragons! Good job. Well, guess what? Now's your chance to adopt one (or six)! 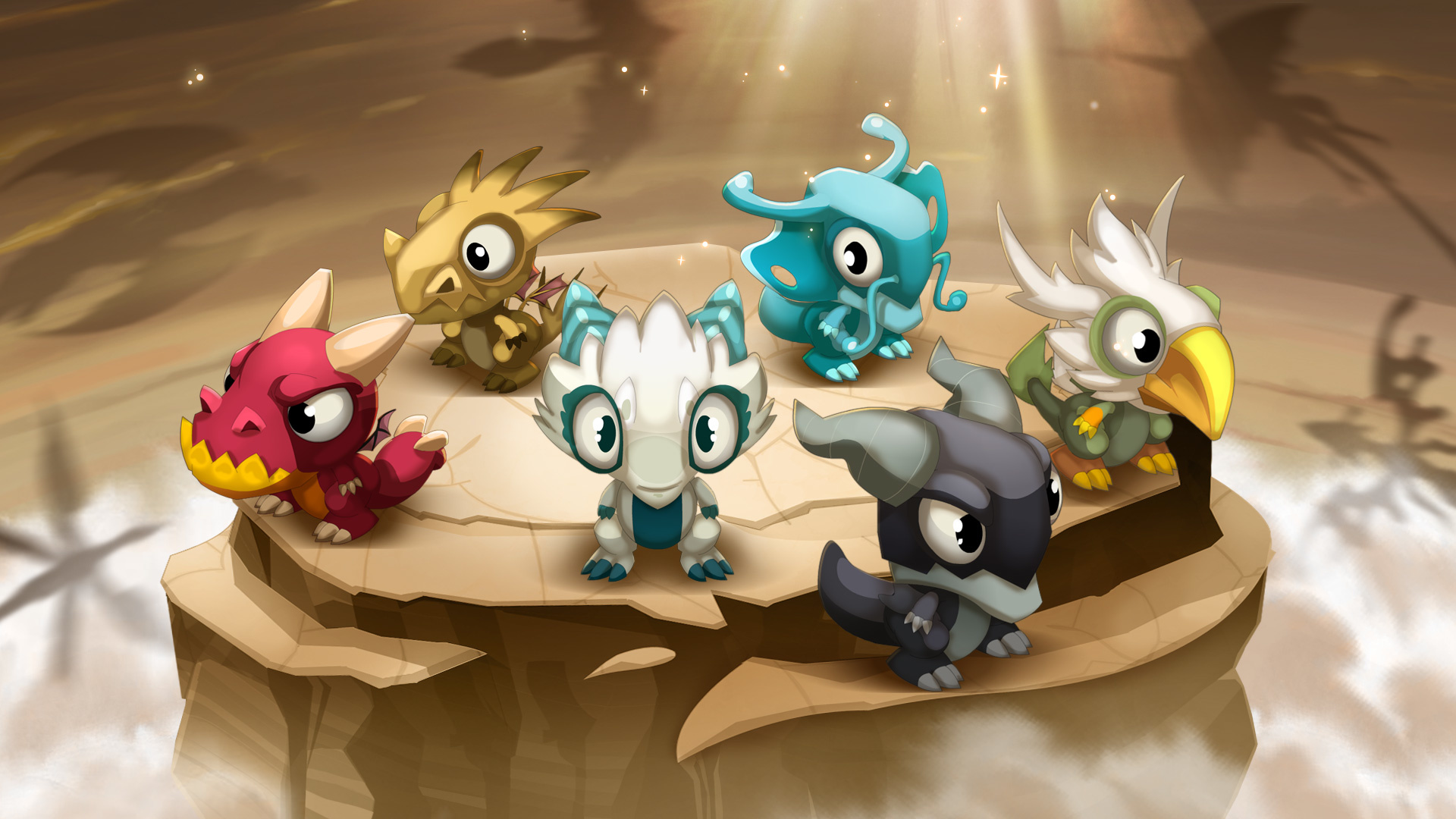 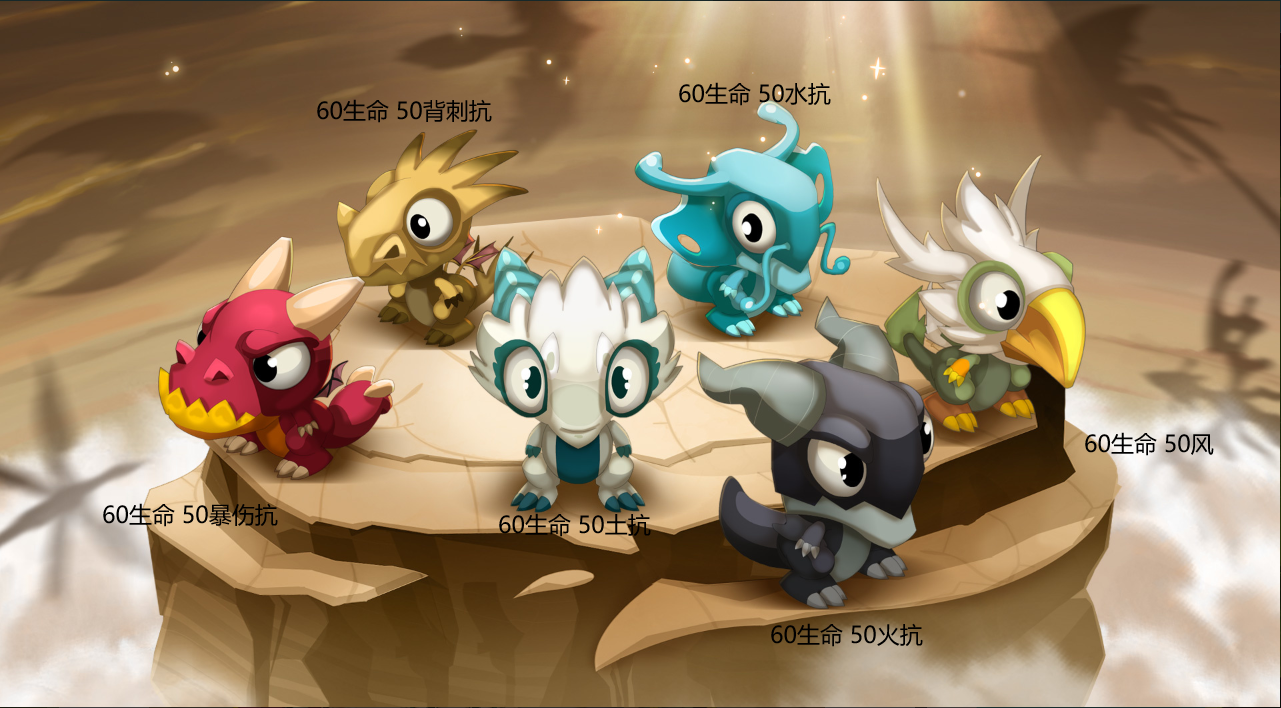 The World of Twelve is full of uncertainty. But there's one thing you can always be sure of: Twelvians are as extravagant by nature as they are contradictory. For example, owning a dragon seems like more of a fantasy than any kind of realistic goal. Have you ever imagined even trying to control one of those scaly, fire-breathing monsters? Surely not, because if you were actually face-to-face with one, you'd most likely turn tail and run! And that's nothing to be ashamed of – only a few rare heroes would be brave enough to get close to a dragon.

But today, we've got another option that we're sure you'll find enticing. They're as fascinating as they are cute. As adorable as they are fearsome. But more importantly, they're much easier to tame than their XXL-sized cousins. Without further ado, here they are: the dragon pets!

Salar, Rafal, Brial, Dakal, Kourial and Mikhal.* Born of fragments of scales shed by their larger relatives, they're here to give you that touch of prestige you've been sorely lacking (but, uh, don't take that the wrong way). The original idea apparently came from Osamodas himself, who was eager to see his little protégés come to life in smaller versions that are just so cute and cuddly you could eat them right up, oh yes you could, 'cause they're the sweetest little… Ahem.

Which of them will be lucky enough to join you on your next adventure? Maybe even all of them? Remember, if you're having trouble deciding, you can always just adopt all six!